It is Day 6 of Anniversary Review Week!! I cannot believe that it is almost over already!! For today we are looking at an anime that I thought I was never going to review. Not because I disliked it but because I loved it so much that I was afraid that if I reviewed it then I would come to not enjoy it as much as I used to. Luckily that did not happen so here I am!!

Here is my 34th Anime Review and Day 6 of Anniversary Review Week!! The review for one of the shows that made me fall in love with sports anime: Kuroko’s Basketball. 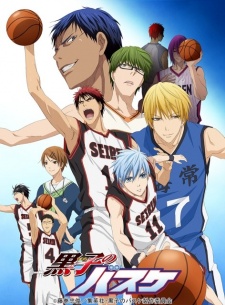 Kuroko’s Basketball, or Kuroko no Basket or The Basketball Which Kuroko Plays, is an anime based off of a manga of the same name written by Tadatoshi Fujimaki that ran from December 2008 to September 2014. A total of 30 volumes were released and a light novel series also released a total of 5 volumes. The anime began airing in April 2012 and ran for a total of 25 episodes before finishing in September 2012. A second season, also with a total of 25 episodes, aired from October 2013 until March 2014. The third and final season began airing in January 2015 and consisted of 25 episodes before finishing in June 2015. A special episode was released in December 2015 which brought Kuroko’s Basketball to a total of 76 episodes. There is a three part movie that retells the Winter Cup portion of the anime that is planned to be released in September, October, and December of 2016.

Kuroko’s Basketball tells the story of two freshman that join the Seirin High School Basketball Team, a relatively unknown basketball team that is made up of entirely of first and second years and has a female student as their coach. The two new members are Taiga Kagami, a promising player who has just returned to Japan from the United States, and Tetsuya Kuroko, an unathletic young man who has such a strong lack of presence he seems to disappear at times. Kuroko however, just happened to be a member of Teikou Junior High School’s Basketball team that just happened to win the national championship all three years that Kuroko went there. The team that played went on to be known as the “Generation of Miracles” and each player on that team had a special skill or ability that made them difficult to defeat individually but almost impossible to defeat as a team. It turns out that Kuroko was the rumored “Phantom Sixth Man” that was crucial to the team’s victory. Once the Generation of Miracles graduated from Junior High, they all went their separate ways and became rivals. The story of Kuroko’s Basketball then tells the story of Seirin’s Basketball Team as they strive to become the best team in Japan, and defeat the Generation of Miracles along the way.

The character cast of this show is huge! We not only have Seirin’s team but also each member of the Generation of Miracles, their respective teams, as well as some other teams that take place in the tournaments that one of the teams plays against. Plus some side characters thrown in there. It is hard to remember most of their names but each of them has their own identifying factor that makes you remember who they are and what role they play. Kuroko may not have been the most exciting main character, a portion of his personality is being easily forgettable, but he was so motivated to get better at basketball and defeat everyone of the opponents they faced that it made me love him. Plus he is absolutely precious. Just saying. The nice thing to is that even if you are not a huge fan of the Seirin team, during the tournament portions of the story we have multiple episode dedicated to games that the other Generation of Miracles members are playing. We get to know each one of them more and more as the story goes on. Another thing is that we get to watch each one of them change as they interact more with Seirin’s team as well as begin to bond more with their own team. The Generation of Miracles members change to become better people as the show goes on, some more than others, and it was neat to see Kuroko and Seirin’s influence to that to so many different people. This change allowed for characters like Ryouta Kise form Kaijou High School (My favorite character by the way) come to enjoy basketball again and begin to rely on his team as they strove to become better. Seeing so many different characters evolve over those 76 episodes made me love the show a great deal.

The show was done by Production I.G. which is a very well known studio and has created some very high quality anime. Kuroko’s Basketball is one of those shows that has a very high animation quality and at times was absolutely breathtaking. In particular, towards the end of the series, there is a scene where Kagami enters this thing called “The Zone” and the animation was so well done, the quality so perfect, that it took my breath away. It was so beautiful to watch, and while this was only four a few scenes the show still had solid animation behind it. During the scenes where a game is going on, it was so fluid and fast paced that I was amazed that they kept up that quality throughout the entire show. It never slacked off and I thought that was truly amazing.

As for the soundtrack, it is up there with Free! as having one of my favorite anime sound tracks of all time. Just the insert songs alone helped to either build up the tension of a scene or help to express a comedic scene that was going on. Several of the insert songs alone made their way onto my iPod. Kuroko’s Basketball has a total of seven openings and seven endings, all of which are on my iPod. I am not kidding or exaggerating either. They are all on my iPod because they are all beautiful songs. It is this show, as well as Free!, that made me fall in love with the band OLDCODEX, who sang a good number of the ending songs. I also came to love GRAN RODEO who sang almost all of the openings for the show, all of which I also loved. An opening and ending were also sung by Kuroko’s voice actor Kensho Ono, and having him sing some of the songs is something that I find really cool. Even the songs not performed by any of the people mentioned previously were very catchy and fun to listen to and earned a spot on my iPod. The soundtrack was truly great.

In the end I award Kuroko’s Basketball with an A. I absolutely love this show and everything about it. It has put me through such intense moments that I was sitting on the edge of the seat waiting for something to happen, and other scenes that had me crying my eyes out like a baby. It is not a complicated show, it is about basketball after all, but you go through so much with these character that you cannot help but grow attached and love them. Kaijou was my favorite team as a whole, but I still wanted Seirin to go as far as they could in the tournaments and if they won I would be overjoyed. It is this show, along with a few others, that made me fall in love with sports anime and this show will always be one of my favorites. I can rewatch an episode and still feel the same way I did watching it for the tenth time as I did watching it the first time. I recommend giving this show a try because I truly believe it was a true amazing anime.

That is all that I have for my 34th Anime Review as well as Day 6 of Anniversary Review Week!! What do you guys think? Have you seen Kuroko’s Basketball? What did you think of it? Who is your favorite character or which team is your favorite? Let me know down in the comments below!! And as always if there is an anime that you think I should try you can leave that down below as well!! 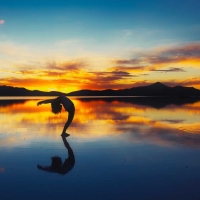 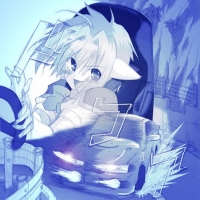 Hey everybody!! I'm pretty much your average person...who just watches anime and reads manga. I like to share my opinions with others, so I hope you enjoy!!

Are YOU Amped Up?

“I have always imagined that Paradise will be a kind of library.” ― Jorge Luis Borges

A place to share thoughts and express once feelings...

A space for all things pertaining to Asian literature & cinema, otaku culture, and self-care.

Life and Times of an Otaku

The adventures and opinions of an avid anime fan.

Writing Novels and Such with Terrance A. Crow

Another Writing Fighting the Same Battles as You!

Asking The Big Questions on Anime and Manga

This is NOT AN ANIME

Reviews and rants on anime and anything entertainment related.